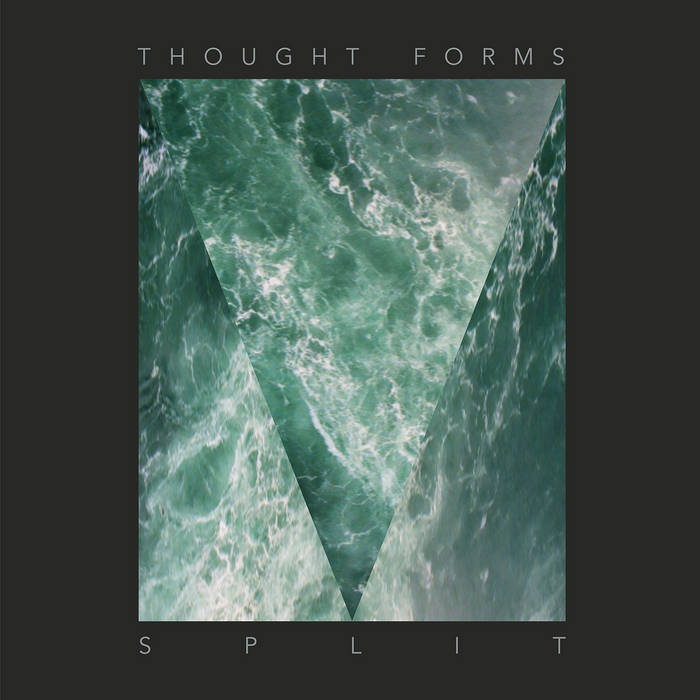 Invada Records are pleased to announce the release of a split LP between Brighton’s Esben and the Witch and elemental Bristol fuzz-peddlers Thought Forms, due for release April 7th. It comes off the back of critically lauded outings from both acts last year – the former with Wash the Sins Not Only the Face and the latter with Ghost Mountain.

Recalling the classic era of split singles in the US underground – think of those heady early Sub Pop days where you’d get Mudhoney and Sonic Youth covering one another on either side of a 7”, aka record collector heaven – it’s the perfect manifestation of both acts’ prodigious and earnest approach to touring: a collection of songs forged with the drama and meticulous craft that come from the trial and error of weeks spent on the road testing new material.

Esben’s side immediately reaches a fever pitch as ‘No Dog’ drags itself up from the primordial ooze of Sonic Youth’s early years mastery of cacophony and dissonance, underpinned by the volatile rhythmic propulsion of Fugazi or Hoover. The lone voice left unadorned in the eye of the storm comes from bassist and vocalist Rachel Davies, who summons up the fiery catharsis of Chelsea Wolfe or Sharon Van Etten. The trio’s other contribution here, ‘Butoh’, pursues an altogether more tribal path, kicking up a fury and intensity rarely matched this side of the pond these days.

Thought Forms find an equally cathartic voice across their four songs, but achieve it by totally different means: dressing their tracks up with the swirling swathes of guitar you’d expect from the dreamier edges of the ‘80s US lexicon. ‘For the Moving Stars’ jolts forward from the off with the sort of driving, hypnotic lead lines you’d expect from J Mascis, that is were he armed with Steve Turner’s pedal collection. ‘Your Bones’, meanwhile, is a disarming slow-burner that creeps its way into the back of your mind, erupting from what could have been an early Low cut into an uphill battle against tumbling
drums and guitars that crackle like a bonfire on a crisp Autumn night.

In an age where music – outside of healthy fetishist niches – feels more and more dominated by digital formats, the LP serves as a love letter to shelves and record store bins stacked with hidden gems. If the music is anything to go by though, this is far from bargain basement fodder.

Thought Forms side was Made In Bristol, UK.

Recorded by Jim Barr at J & J Studios with the exception of 'For The Moving Stars', recorded by 7Stu7 at Invada Studios.

All tracks mixed by 7Stu7 at Invada Studios.

Double Bass on 'Your Bones' by Jim Barr.

Bandcamp Daily  your guide to the world of Bandcamp

outré black metal, with a Victory Over the Sun interview and music from Liturgy and Jute Gyte.